Born about a 2 hour drive from my home, which for me is pretty special, I had to follow Shervyen Newton since the moment the Mets signed the youngster three years ago. Newton, born in Tilburg (the Netherlands), is a 19 year old infielder, who had a great season for the Kingsport Mets in 2018. He was mentioned by one of the biggest prospect watcher Keith Law, making his name know.

My “Dutch Pride” set to a point I had to give Shervyen a post he deserves. The 19 year old made his stateside debut this season and kept showing his great on base skills. He slashed .280/.408/.449 in 56 games for the Kingsport Mets. Newton now owns a very impressive .405 career on base percentage over his first 157 games.

The switch hitting infielder has played all over the infield this year, showing versatility to move around. Newton might not be able to stick at short, but still features a quick first step with solid range, great arm and soft hands that might keep him there for a while.

On the offensive side, he features a smooth line drive stroke, but it tends to be on the long side. If he fills out and grows into a more powerful hitter, he’ll need to shorten up his stride to make loud and solid contact. Newton had a very solid slash line from both sides of the plate: 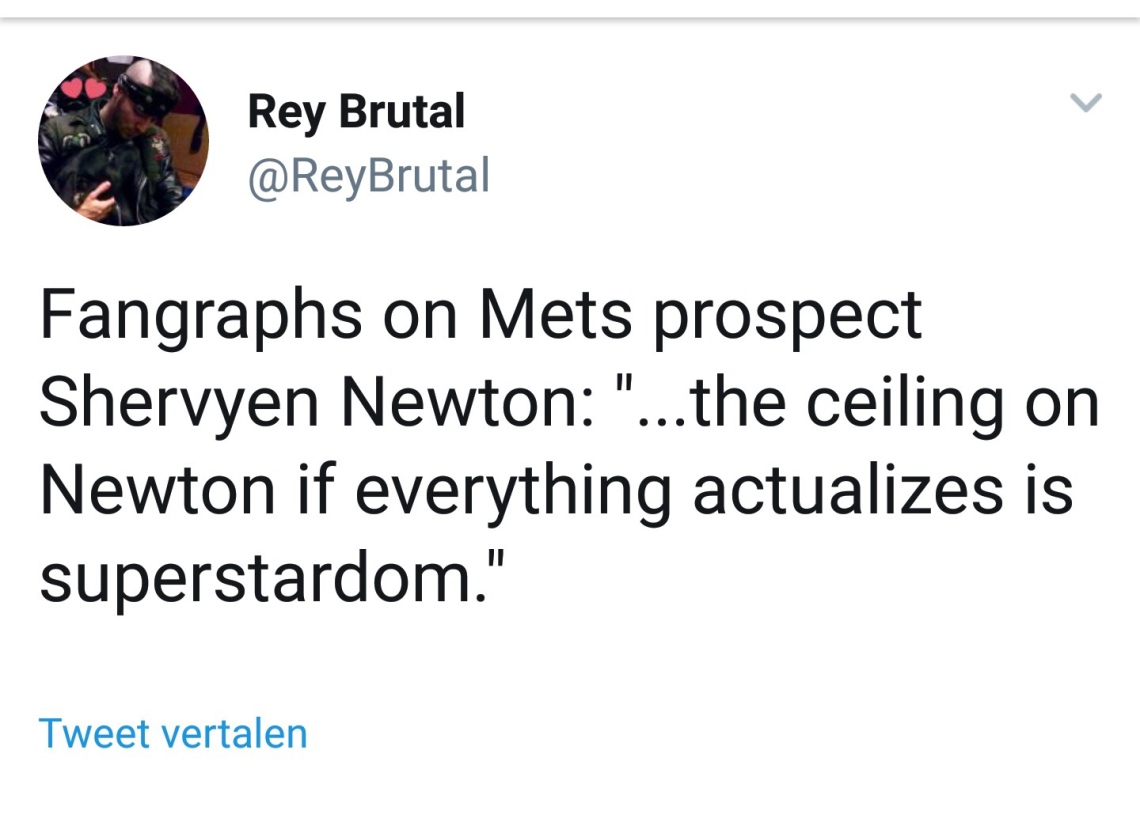 He shows a more patience approach from the left side and more power from the right side. Newton is a intriguing prospect as he already put himself on the map after a great 2018 campaign. “Dutch Pride” is kicking in.